Hosted by NICVAs  Policy and Public Affairs team in this interactive webinar we were joined by representatives from the Our Money campaign. This campaign is working to establish a regional mutual bank in Northern Ireland.

Dr Bridget Meehan and Tiziana O’Hara, co-founders of the campaign in Northern Ireland discussed proposals for the development of a mutual bank across the region and  outlined what they believe to be the key benefits of the model to the needs of individuals and communities in Northern Ireland.

What is a mutual bank?

What are its benefits and why would it be good for the people of Northern Ireland?

The campaigners believe a regional Mutual Bank model  owned and controlled by the people who live here, could allow individuals, communities, businesses and public sector bodies to have control over its wealth and ensure it’s used for local benefit.

They outlined how they believe the model might redress regional inequalities, make financial inclusion the norm, help build and store community wealth and contribute to building regional economic resilience.

They outlined key features of the model as:

How is the model being progressed :

Locally the Our Money campaign say :

A Regional Mutual Bank for Northern Ireland Webinar from nicva-editor on Vimeo.

For more information of the Our Money Campaign please contact: 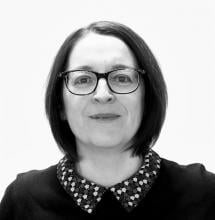