More information on the policy announcements can be found in this helpful economic support factsheet.

Employer contributions during the CJRS extension until January will be the same as in August 2020. This means that for hours not worked by their employee, employers will only be asked to cover National Insurance and employer pension contributions. The government will review the policy in January to decide whether economic circumstances are improving enough to ask employers to contribute more.

The JRB will not be paid in February with a retention incentive redeployed at the appropriate time. The purpose of the JRB was to encourage employers to keep people in work until the end of January. However, as the CJRS is being extended to the end of March, the policy intent of the JRB falls away.

The CJRS (also known as the furlough scheme) will remain open until 31 March 2021. For claim periods running to January 2021, employees will receive 80% of their usual salary for hours not worked, up to a maximum of £2,500 per month. The £2,500 cap is proportional to the hours not worked.  The guidance for claim periods from February onwards will be published following the Government’s review.

Employers do not need to have used the CJRS previously.

Employers across the UK can claim, whether their businesses are open or closed.

Full details of employers who make claims under the extended CJRS scheme can be found on the HMRC website here.

Employees do not need to have been furloughed under the CJRS previously.

Employers can claim for employees who were employed and on their PAYE payroll on 30 October 2020. The employer must have made a PAYE Real Time Information (RTI) submission to HMRC between the 20 March 2020 and 30 October 2020, notifying a payment of earnings for that employee.

Employers will have flexibility to use the scheme for employees for any amount of time or shift pattern, furloughing employees on either a full-time or part-time basis, and will be able to vary the hours worked in agreement with the employee.

As under the current CJRS rules, employees can be on any type of employment contract.

Employees that are re-employed

Employees that were employed and on the payroll on 23 September 2020 (the day before the Job Support Scheme announcement) who were made redundant or stopped working afterwards can be re-employed and claimed for.

This is good news for charities who unfortunately had to make people redundant in Autumn when furlough was tapered down. Those former employees can be re-hired and re-furloughed under this scheme.

Additional details that apply to CJRS for the period 1 November to 31 January 2021 can be on this policy paper.

Full guidance for the CJRS extension is available here (published on 10 November).

This live webinar is offered several times - select the date and time that works best for you. 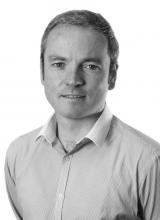