Have your say in the future of charity regulation

The Independent Review Panel (the Panel) has held nine public engagement meetings with rural, small, medium and large charities to find out the issues that are particular to them.  They also held two meetings for the general public and focused meetings with solicitors, governance advisors, funders, accountants and independent examiners.  A brief summary of the key issues that emerged from these meetings can be found below and the presentation slides are attached.

The Panel is stressing the need for all charities, and those that work with or advise them, to raise their issues with the current charity framework by completing their online questionnaire.  NICVA would also urge all charities and their stakeholders to complete this questionnaire. 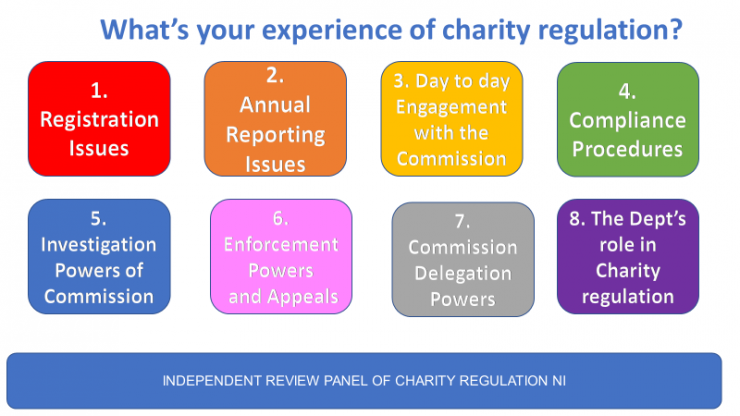 Issues raised at all engagement meetings

One key issue that emerged across all the engagement meetings was the need to have more proportionate regulation for small charities.   In particular:

Other issues raised that were common in most of the meetings include:

Issues raised in some of the focused meetings include:

Issues raised about dealings with the Charity Commission include:

When asked about delegation to Commission staff, participants thought that:

For more information on the independent review and engagement meetings click here.

NICVA response to the independent review of charity regulation | NICVA