Albert Clyde and Michelle Scott from Riding for the Disabled, Coleraine received one of the three accolades of Justice Champion in recognition of their work in helping offenders rehabilitate back into the community. They received £500 to invest in equipment or services to benefit their local community.

Also named ‘Justice Champions’ were Geraldine Doherty for her work in building relations within the interface areas of the Top of the Hill Community in the City of Derry and the volunteers of Victim Support Northern Ireland for the emotional and practical support they provide to individuals affected by crime.

The Justice in the Community Awards recognise individuals and teams, voluntary workers and staff working within community and statutory organisations across Northern Ireland. This year money from the Assets Recovery Community Scheme will be returned to the community through these awards.

David Ford said: “These awards are an opportunity to showcase the exceptional work that is going on within the heart of our community, often by volunteers, working quietly and diligently in the background making Northern Ireland a safer place for everyone. These people are truly inspirational and should be applauded.

“I am pleased to be able to reward those who want to do good for the community by giving back proceeds from assets seized from the hands of criminals.”

42 nominations were received in total and were considered by an independent judging panel consisting of Una McKernan, Deputy Chief Executive of NICVA, Jacqueline Irwin, Chief Executive of Community Relations Council for Northern Ireland, Tom McGonigle, Prisoner Ombudsman for Northern Ireland and Gareth Johnston formerly of the Department of Justice.

The three ‘Justice Champions’ are:

They each received a commemorative crystal trophy and an award to the value of £500 for equipment or services to benefit their local community. The awards are being funded this year with money from the Assets Recovery Community Scheme. 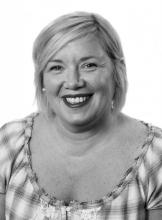