Police Urge Public to be Vigilant of Scammers after more than £40,000 lost to scams this week

PSNI Chief Superintendent Simon Walls said: “On Monday 20th May, police in Magherafelt received a report from a woman who had £20,000 taken from her bank account by scammers.

“The victim had been called earlier that day from someone claiming to represent her telecoms provider saying her computer was infected with a virus. They asked the victim to switch on her computer and the scammers were able to remotely access it.  They told the lady they were going to install software to remove viruses from her machine. Throughout this time she had been on the her landline to them.  They said they were going to reward her with £150 for being a long term customer and told the victim the money should be in her bank account now and asked her to log in online to her bank account using the computer. The victim logged onto her internet banking.

The victim’s computer screen went blank for approximately one to two minutes and, when it came back, it appeared that £15,000 had been lodged instead of £150.

“Earlier that same day, a business in Lisburn was targeted by online scammers who, by using a fraudulent email, managed to remove £12,500 from the company account. It is believed this money may have been transferred into an account in England.  We are working with our colleagues in Lancashire Police to progress this investigation.

“We are also investigating a report from a man in the Dungannon area who had £6,200 removed from his account on Saturday 18th May. It is believed that following a legitimate call for online support, the victim received a subsequent call from someone claiming to be from the same organisation and this individual managed to withdraw the money from the account.

“The most recent incident happened on Tuesday 21st May when a man from the Larne area contacted local police to let them know he had responded to an advertisement offering investment opportunities.  They were promising significant profits in return for a small deposit.  He was asked for an initial deposit of £300 to be forwarded which he did. He was later asked for regular requests from the company and paid a further £2,400 the full amount of money he lost totalling £2,700.  It was only when he contacted the company that he discovered his money had disappeared.

“Unfortunately over the course of the last week over £40,000 has been fraudulently taken from four people across Northern Ireland. This has been an awful ordeal for each of them who believed they were communicating with legitimate representatives from organisations, but who in turn had taken money from each of them.

“Fraudsters will go to any length to scam people out of money and you might think it might never happen to you, but it can.  Each scam differs in design, but the ultimate aim remains the same – to steal your money.

“Guarding your personal and banking details is essential. Never disclose them to any unauthorised person or allow anyone access to them via your computer.

“Financial institutions, utility companies, law enforcement, HMRC, internet and telecoms providers will never ask you to transfer money because your account is compromised or call out of the blue and ask for remote access to your computer or to download software.

“If you have received a call of this kind, or if you’re concerned by emails or letters then please report it to Action Fraud via their website www.actionfraud.police.uk or by phoning 0300 123 2040, or call police on the non-emergency number 101.

“Further advice and information can also be obtained by visiting www.nidirect.gov.uk/scamwiseni or the ScamwiseNI Facebook page @scamwiseni

“And remember if you can spot a scam, you can stop a scam.” 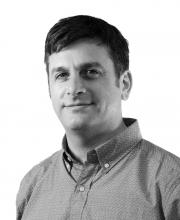