Below is information on all available UK Government support schemes for both domestic and non-domestic energy consumers.

Eligibility: Non-domestic electricity and natural gas customers who receive their energy from a licensed supplier. This includes charities, the public sector, and registered businesses. Eligible customers are those on fixed deals signed on or after the 1st December 2021, as well as those on variable, deemed, out-of-contract, flexible and variable ‘day ahead’ tariffs.

How it works: Discounts are automatically applied by suppliers to energy bills of eligible customers, covering energy usage between 1st October 2022 and 31st March 2023. The exact discount will depend on the type of contract, and when it was agreed.

The discount is applied to the wholesale element of a customer’s bill automatically.

When: Discount will start from November, backdating to 1st October 2022. There will be an increase of discounts for NI customers to account for the month of October as discounts in GB started from October. The scheme run initially for a 6 month period with plans to review at the end of the year.

Eligibility: NI Households with a domestic electricity and/or gas contract.

This is a bigger reduction than in GB to reflect the fact that the scheme started a month later in Northern Ireland (November 1st instead of October 1st in Great Britain) so the higher rate effectively back dates the support.

It is the unit rate that is guaranteed not the overall bill, so the total bill will depend on how much energy is used. A typical household will save around £700 this winter based on current prices.

It will be applied to both bills and pre-payment meters automatically. There is no need for households to apply.

When: The scheme began in NI on 1st November and will run until 31 March 2023

Eligibility: Households in NI who use alternative fuels (e.g., heating oil) to heat their homes.

How it works: It’s a one-off payment of £200 to households that do not use mains gas for heating but use alternative fuels such as heating oil or Liquefied Petroleum Gas (LPG).

This £200 payment will ensure that all households that do not receive support to heat their homes through the Energy Price Guarantee receive support for the cost of the alternative fuel. The Government is working with electricity suppliers to explore how the payment could be delivered via electricity bills.

Those households eligible but without a mains electricity contract through which they can be paid, will receive the £200 via the Alternative Fuel Payment Alternative Fund which will be provided by a designated body- this has not been confirmed yet.

Eligibility: All NI households with a domestic electricity meter.

BEIS are working with electricity suppliers to work out how best to deliver this discount. Further details to be announced.

This page will be updated as and when new announcements on the energy support schemes are made. 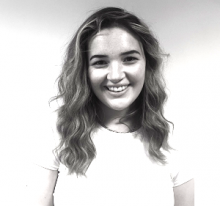