NICVA has joined with Housing Rights, NIFHA, the Council for Homelessness in NI, Shelter NI and the Chartered Institute of Housing and Supporting Communities NI to call for the introduction of Universal Credit in Northern Ireland to be suspended.

The key plank of welfare reform is due to be rolled out in Limavady from Wednesday 27 September and will affect 300,000 people by the time it is fully introduced in September 2018.

NICVA Chief Executive Seamus McAleavey signed a letter outlining why the rollout should be suspended.

The letter cites a lack of political oversight caused by the absence of an Assembly, the non-implementation of previously agreed mitigation measures and issues with the digital-only basis of Universal Credit as reasons to suspend the introduction pending further engagement with the signatories.

The phased approach to the rollout of Universal Credit (UC) in Northern Ireland is a sensible approach to such a fundamental change to the benefit system. However, reports coming from England, Scotland and Wales make it clear that the introduction of this benefit is leaving many people struggling to make ends meet. There are many flaws with UC that need to be addressed before they cause unnecessary hardship and confusion.

The current political situation in Northern Ireland means that there is no NI Assembly and no Ministerial or Committee oversight or monitoring of such a significant change. Additionally, the UC mitigation measures outlined in the Evason report which was accepted by the NI Assembly have not been put in place.

UC is an entirely online system and there are many vulnerable people across Northern Ireland with no digital access or skills. Therefore, these people will struggle to apply for UC and manage their claim.

When applying for UC online, claimants are expected to use the GOV.UK Verify service. This service has known issues with various forms of identification such as Irish Passports, Northern Ireland Driving Licences and Electoral ID Cards.

The UC helpline is charged at up to 10p per minute or more depending on the telephony provider. This is despite known difficulties with the GOV.UK Verify service. Claimants are being charged to access support for an online system that at present is not fit for purpose in Northern Ireland.

With the first UC applications commencing on 27 September, the minimum six-week wait before a first UC payment is made will cause unnecessary hardship for households over Christmas and the winter months. Reports from Scotland, England and Wales have indicated that the six-week waiting period is often exceeded, with some cases taking as long as twelve weeks before a first UC payment is made. Despite engagement with the UC team on behalf of landlords, many of the issues that have resulted in delays elsewhere have not yet been resolved.

Whilst the direct payment of the housing element of UC to landlords is a welcome measure, this does not go far enough to ease concerns about rising rent arrears. Landlords have little scope to help claimants manage their claim and therefore ensure the housing element is being paid to cover rent costs. UC will also create additional administrative pressures on landlords at a time when they are trying to support tenants through these and other welfare changes. 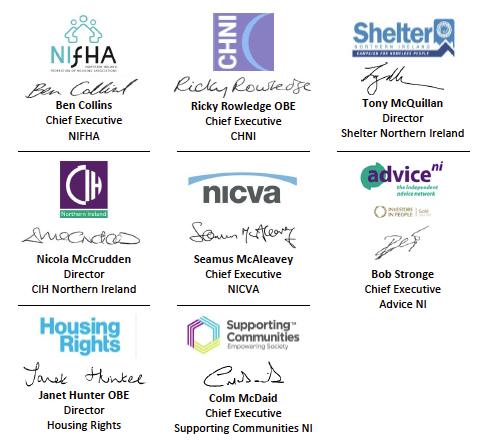