NICVA recently ran a Funding Watch survey in order to develop an understanding of organisations current statutory funding situation and assess the likely impact of uncertainty and/or cuts in regards to statutory funding.

The survey was developed by the Public Affairs team at NICVA and was built onto an online survey platform. The survey was disseminated to NICVA members using direct emails, which targeted the head/lead of the member organisation, and the NICVA Member Bulletin. The link was also disseminated to non-members through NICVA’s Enews newsletter, social media platforms and website. The survey was open between 21 February and 3 March 2017 and achieved responses from 233 separate organisations.

Those organisations that stated their statutory funding had been cut (n=18), were asked to specify the extent of the cut. These findings are presented in the table below.

Those organisations that expressed uncertainty towards the status of their statutory funding (n=158), were asked about the likelihood of potential cuts coming to fruition. Over half of respondents (59%) to this question stated that they felt it was either ‘very likely’ or ‘likely’ that the cuts would come through, while just 8% stated ‘unlikely’.

Respondents were asked to identify their source/s of statutory funding. The three most popular sources identified were Non-Departmental Public Bodies, Councils and the Department for Communities. The full range of statutory funding sources identified by respondents is detailed in the graph below. Funding programmes/ streams that respondents received from Non-Departmental Public Bodies included the Arts Council Annual Funding Programme, Supporting People and Policing and Community Safety Partnerships. Council funding programmes/streams included Small Grants, Community Support and Community Development and Multi Annual Funding, while Department for Communities funding streams/programmes included Neighbourhood Renewal, Community Investment Fund, RISP and Supporting People. Just over one-sixth (15%) of those that reported that their statutory funding was at risk or had been cut, indicated that other funding they were due to receive (e.g. from European Social Fund, the Arts Council, Neighbourhood Renewal fund and Regional Development Fund) was dependent upon receiving this statutory funding. 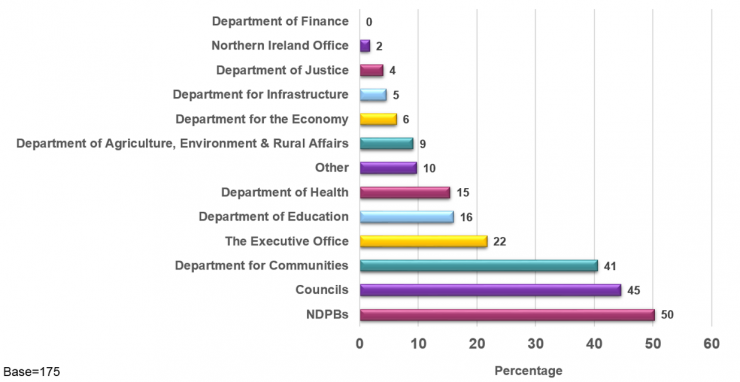 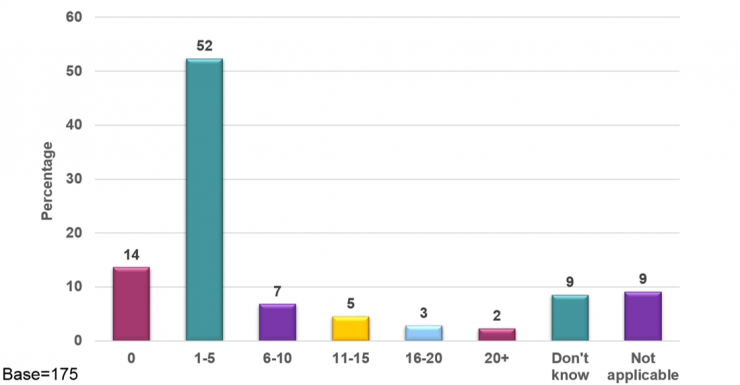 Close to one-third (31%) of respondents stated that they had put staff on notice as a result of confirmed or potential statutory funding cuts. 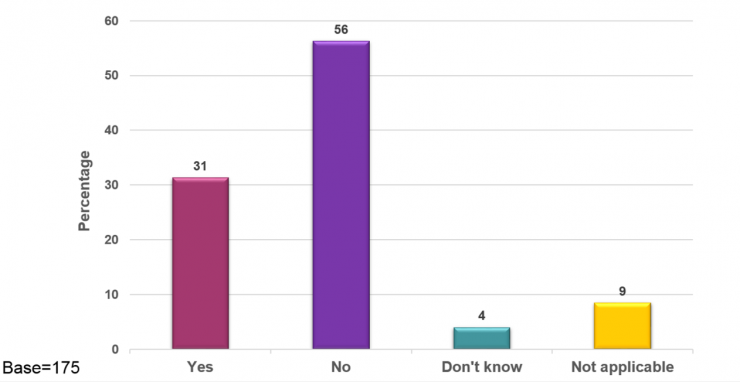 Results to question: Have you put staff on notice as a result of possible/ confirmed funding cuts 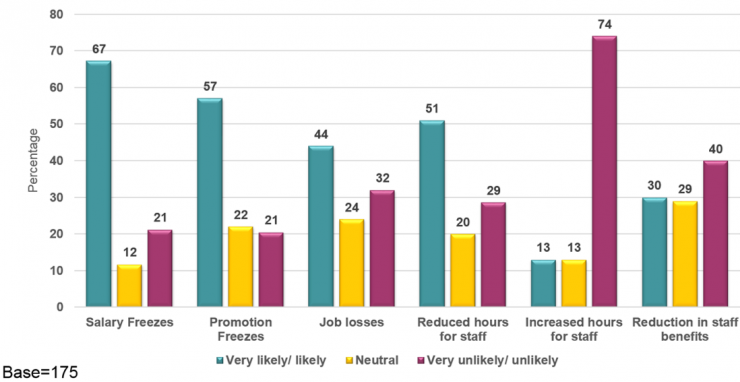 Respondents were also asked how potential/confirmed statutory funding cuts would be managed by their organisation. Unsurprisingly, over two-thirds (69%) of respondents stated that they would look elsewhere for funding while 68% stated that they would reduce the level of the funded service. Other ways in which the possible/confirmed funding cuts might be managed included reduced staff hours (45%), redundancies (43%) and pay frozen or cut (42%). 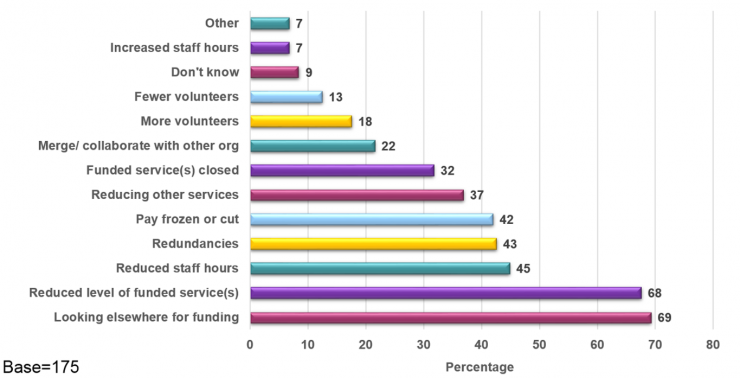 How potential/ confirmed cuts will be managed (multiple choice)

Finally, respondents were asked to estimate how many service users might be impacted by potential/confirmed statutory funding cuts. Over one-third of respondents (39%) estimated that over 300 service users would be impacted. The full set of results to this question is presented in the graph below. 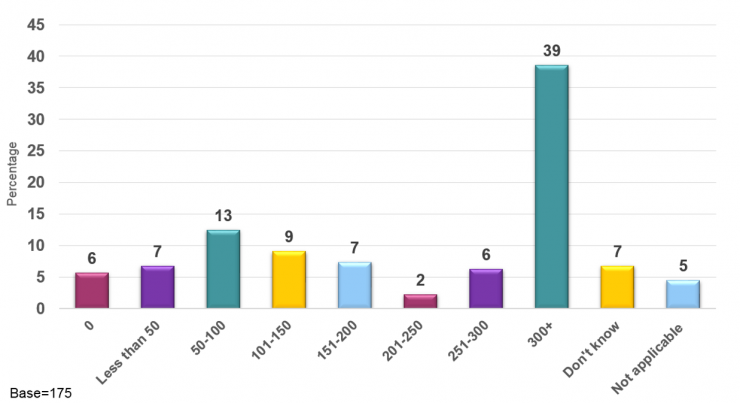 If you would like to talk to somebody about any of the issues covered in this survey please contact Geoff Nuttall, Head of Policy and Public Affairs at NICVA ([email protected]/ 028 9087 7777)