Women of The Next Chapter project CELEBRATE

Over 140 women and invited guests from across Northern Ireland and the border counties gathered in Belfast on Wednesday 26 February to celebrate the success of The Next Chapter project. The CELEBRATE event was opened by the First Minister and deputy First Minister. The audience also heard from activist and writer Gina Martin and from members of the Chapters themselves.

The Next Chapter project aims to contribute towards bringing about lasting peace and building societal change through the empowerment and greater involvement of women in community, public and political life. It's delivered by Politics Plus in partnership with Northern Ireland Council for Voluntary Action (NICVA) and Irish Rural Link and is funded through the European Union’s PEACE IV Programme, which is managed by the Special EU Programmes Body. Match-funding has been provided by the Department of Rural and Community Development in Ireland and The Executive Office in Northern Ireland.

Since launching in 2018, The Next Chapter project has facilitated ten Chapters of over 300 women from around Northern Ireland and the border counties to meet, network and collaborate on various projects. The Chapter members were also able to take part in capacity building training programmes, receive individual coaching support and meet up at various events including visits to the Dáil and Stormont.

Last week’s event in the Titanic Hotel, Belfast celebrated the success of the journey that the women from all ten Chapters have been on over the last two years. The Next Chapter has met and exceeded all targets on facilitating meaningful and sustained contact between women from different backgrounds and improving the role of women in community, public and political life. Many Chapter members have already stood for elections, taking on new roles in community groups, undertaken campaigning on local and national issues, and have begun planning for the next generation of female activists in their areas.

In her speech First Minister Arlene Foster said:  “We are committed to ensuring full and equal political participation and to increase the representation of women in public life. Building peaceful and prosperous communities needs a diversity of voices to be heard – both at a local and national level. We know that stepping forward to be heard is not easy. That is why projects such as Next Chapter are so important. I have been really encouraged to see the number of women participating in this programme and have been inspired by their stories of success as they have taken on leadership roles within their communities.”

Deputy First Minister Michelle O’Neill said: “Women are key to building a stronger society and creating safe, united communities where everyone can thrive. Yet we know that women continue to have a tough time in politics. It’s up to everyone across society to ensure equality by removing barriers and challenging attitudes. We have made some good progress; not least having two women in the joint office of First Minister and deputy First Minister. But there is still a long way to go to bring about equality in the representation of women. The Next Chapter project is a great example of supporting women to take on active roles in community, public and political life. I congratulate all the women who have taken the leap into politics or other public roles to bring about a better future for all our people.”

Mirjam Bader, Head of Programmes at Politics Plus, who manages The Next Chapter, said “We are so proud our women both in terms of how much they have invested in the project and how much they have achieved.  The success of The Next Chapter is built upon the strength and commitment of all the women involved in the project, and we can be sure that in the future we will see these women lead change in their community and in public and political life, thereby making significant contributions to peacebuilding and gender-equality in Northern Ireland and the Border Counties.”

Gina McIntyre, Chief Executive of the Special EU Programmes Body, said: “This EU PEACE IV-funded project has helped many women in communities, public and political life, on both sides of the border, to become involved in work which is helping to create a more peaceful, cohesive and forward thinking society. A society in which female voices are heard and respected. Through its various chapter hubs it has equipped hundreds of women with the skills, confidence and contacts they need to take on new leadership roles and make a real difference within their community.” 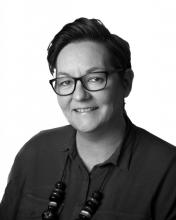 NICVA partners with Politics Plus and Irish Rural Link to deliver The Next Chapter Project, whcih aims to help women make a difference.