The most recent of these consultations happened this week with a meeting hosted by Junior Ministers Lyons and Kearney along with the Chief Medical Officer, Dr Michael McBride and the Chief Scientific Adviser, Professor Ian Young.

Consultations began in June as the NI Executive planned for the reopening of places of worship. The first meeting was hosted by the First and deputy First Ministers Arlene Foster and Michelle O’Neill who created an opportunity for open dialogue around key concerns and issues for faith communities as the possibility of places of worship reopening was considered. Subsequently places of worship reopened on 29th June 2020 and this meeting paved the way for a follow up with the Junior Ministers and the CMO and CSA where specific issues were addressed namely singing, social distancing, face coverings and protocols for funerals. A further meeting paved the way for further guidelines around weddings – all of these being central to all faith communities. As the meetings progressed so too did the size of the group enabling leaders of other faiths to participate and share their experiences of lockdown and issues for reopening.

The meeting on Tuesday 8/9/20 provided a ‘catch up’ opportunity and many spoke of the positive impact meeting in person had had for people. Some issues remained problematic however, and having Dr McBride and Prof. Young present was invaluable as they addressed the questions that the faith leaders posed.

NICVA’s role has been to help get faith leaders around ‘the table’ and we have been actively engaging with many faith groups to ensure representation, the outcome has been a panel of 29 participants from 27 different faith and belief groups. Moving forward we’re hoping to have more opportunities to develop these engagements with government further. 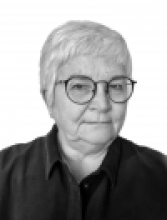 Consultations with the Executive Office