News You Can Use: November

More than 35 million people are trapped in slavery, according to the latest annual report from the Walk Free Foundation. The problem existed in all 167n countries surveyed, including the UK.

Government benefit cuts were supposed to save £19 Billion, they have fallen far short and this analysis by the Institute of Fiscal Studies explains what has gone wrong

A review of suicides in prisons concludes that too many people are being locked up unnecessarily, stretching resources and leaving vulnerable people unsupervised.

The Detail reveals that Belfast City Council has been re-cycling metal collected from the ashes of people cremated at Roselawn Crematorium, without informing relatives

The first adverts promoting e cigarettes are broadcast on TV

First Minister Peter Robinson joins the "gay cake" row, characterising the decision by the Equality Commission to take the Ashers Bakery to court as  as "bonkers"

An alarming survey carried out by Centrepoint reveals that almost one fifth of young people across the UK have slept rough during the course of last year.

A startling report reveals that more than two-thirds of the investments made by the private sector arm of the UK’s aid programme last year were channelled through “notoriously secretive” tax havens, including Mauritius and the Cayman Islands.

The DUP has tabled plans to cut public sector jobs in Northern Ireland, claiming it could save £400m and fund a reduction in corporation tax, in a bid to boost private sector investment and local growth. 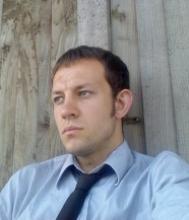