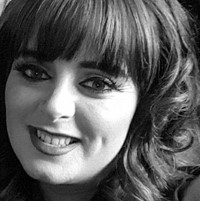 “I believe it was definitely transformative. I know that’s part of the title of the programme but it definitely was”.

What motivated you to sign up for the course?

A Springboard staff member who had participated in an earlier TLP delivery had found it very beneficial and that’s why I agreed to signed up for it.

It was very interactive…The way it was designed for Zoom was good too with the breaks and the smaller breakout rooms and getting to network and collaborate with each other was good. I actually took some learning away from that too. The breakout room was my favourite thing. I don’t like being on a Zoom where the person is constantly speaking to you for that number of hours. It’s not engaging, so therefore being in the smaller groups in the breakout rooms and being able to be with your smaller group; having conversations and feeding that back into the main group was good and good learning.

What topics stood out for you?

The one thing on reflection that stood out for me was the social innovation topic. Just because we all had a shared vision, we all wanted to collaborate on something and being able to understand why maybe gaps hadn’t been filled within our own communities and why that wasn’t done. So, looking at the barriers and what could have been done or still can be done to fill those gaps. So, the social innovation aspect to that really stood out. The second thing is my own leadership style and understanding that a bit better. I learned that I fitted into the coaching and visionary styles. I now am able understand that better and how I can take people with me on a journey rather than dictate. That was interesting! I believe it was definitely transformative. I know that’s part of the title of the programme but it definitely was.

What are you likely to ‘take back’ to your life/work in the community?

What difference has it made?

Is there anything you could or would do now that you wouldn’t have felt able to do before?

I have been able to look at the bigger picture of things and allow young people to understand that as well. That it’s not just political. It is more than that – it’s community, it’s coming together for a shared vision.

Are there people/agencies you feel able to talk to and work with now that you weren’t before?

To begin with when people were introducing themselves, they would have said I am from the public sector, I am from the private sector etc. But as the weeks went on the trust was beginning to build and then you were able to identify who these people were and where they were coming from as well as myself too. So that was interesting. For the last number of years, we have been networking and have been recruiting within our own areas. I am from West Belfast and recruiting within my own network range and just building upon that has allowed me to now understand different areas, for example: the Blackie River Centre who I wasn’t really sure of and what was involved within the Centre; Falls Community Council as well - working alongside Michelle from FCC, who was on the course, as well and just identifying those key partners that we can have conversations’ with. That’s exactly what has happened - we have been on Zooms finding out about each other’s work, learning what others are doing in the community and how we can help each other and collaborate together. The most amazing thing is the networks, definitely!

What difference will this make to how you engage in your interface area?

Putting it all together it was the networking opportunity. Being able to meet people from different communities, maybe in same line of work I’m in, or different, but how we could utilise each other’s skills sets to be able to build upon our vision within the course.I think the main thing for us all was being able to share each other’s email addresses and getting to know each other a bit better and that did happen throughout the sessions.

What difference will the course make to the interface area overall?

I think there is a fear there – in terms of who individuals may be working with. Who we are, who I am as part of an organisation, and that fear I believe has been dispersed in terms of understanding who each person is within the community.  As the weeks went on you could see where people were coming from and what they were doing within their own communities. Learning how we can bring that together and share those stories.

To what extent do you think these changes would have happened without TLP?

It allowed me to understand the change in myself but seeing it in others too from Day 1. The second thing was awareness and the third thing is probably collaboration/working together. I have recommended the course to my neighbour who is also a youth worker I have told him about the course and he has applied for the next cohort.