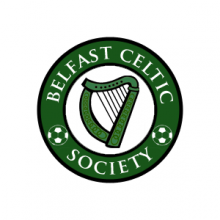 To promote an appreciation knowledge and awareness of the historical and cultural heritage of Belfast Celtic Football Club.

The legendary Belfast Celtic Football Club was the leading light in Irish football from 1891 to 1949. Despite being twice forced to withdraw from competition due to the political uppheavals of the time, the Celtic team won numerous trophies and gained the admiration of the sporting community in Ireland and further afield before withdrawing from League competition for good in 1949.

There are several books available on the history of the Grand Old Team. If you would like to know more please have a look at our books section on www.belfastceltic.org. If you have any pamphlets or articles about the Grand Old Team please contact the web administrator. We will be happy to scan them in and return them to the owner at our expense.