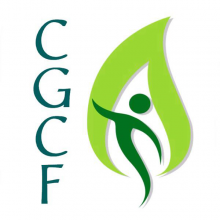 We began in 2000, meeting mainly in homes in the area, but on occasions in the community room of the Diary Farm Library on the Stewartstown Road.  Having initially started with two Christians leading for a few years, and with another working also for a short time later on, John Duffy continues to lead us himself now for several years.  Since late 2011 we have been meeting in the Andersonstown Leisure Centre for Sunday worship, as well as in a number of homes during the week.

We are a group of people, mainly from within the Nationalist community, who have a love for, and desire to serve, our Lord and Saviour, Jesus Christ. We are an independent Christian Fellowship and have no formal ties to other churches or organisations. We describe ourselves as just Christians.

Each Wednesday evening, we have a discussion Bible study at John & Elaine's home. After the usual banter, we get down to a time of discussion on a Bible passage, followed by a short time of prayer, then tea/coffee and sandwiches/buns etc. We normally go through a chapter of the bible each week.  We try to understand what God's Word says, what it means, and then how to apply it to our life today.

Everyone is also welcome to join us on Sunday mornings in the Andersonstown Leisure Centre at 11:00am-12:20pm, with tea/coffee afterwards.