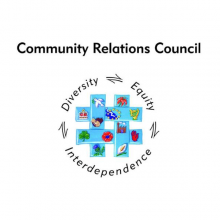 The Community Relations Council seeks to assist the development of greater understanding and co-operation between political, cultural and religious communities in NI.

The Community Relations Council was formed in January 1990 as an independent company and registered charity.  It originated in 1986 as a proposal of a research report commissioned by the NI Standing Advisory Committee on Human Rights.  The Community Relations Council was set up to promote better community relations between Protestants and Catholics in Northern Ireland and, equally, to promote recognition of cultural diversity.

Its strategic aim is to promote a peaceful and fair society based on reconciliation and mutual trust.

It aims to do this by: