State of the Sector Explores Organisations' Outlook for the Year Ahead

NICVA has published the latest State of the Sector research in a brand new online resource which you can explore here. This new online format enables users to easily navigate across the different sections of the research and download the data behind the research. It will also enable the Research Team at NICVA to update State of the Sector on a rolling basis, which means the information available to users will be more up-to-date than in previous formats.

This article focuses on the Future Issues section of State of the Sector. These findings are drawn from the Sector Forecast Survey which was circulated in January 2016 to 4,113 organisations. The survey aimed to explore organisations’ opinions about future developments in the sector and operational changes they anticipated within their organisation over the forthcoming year. Reminder emails were sent in order to maximise the response rate alongside follow-up phone calls. A total of 944 organisations responded to the survey, giving a response rate of 23%. Key findings from the Future Issues section are presented below. 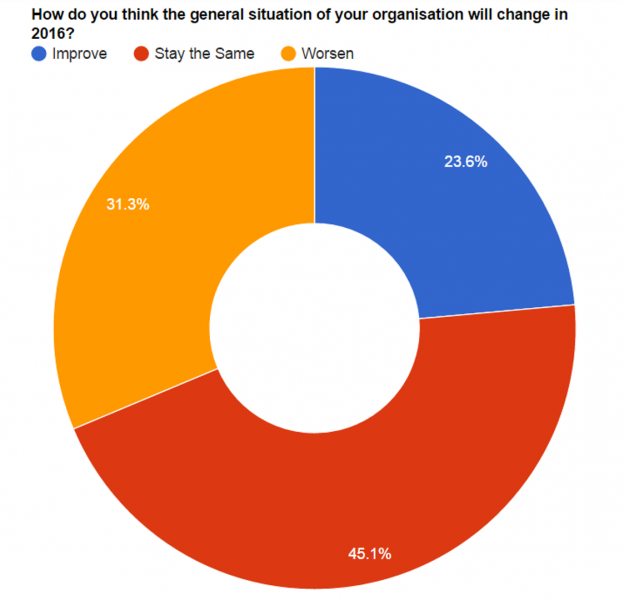 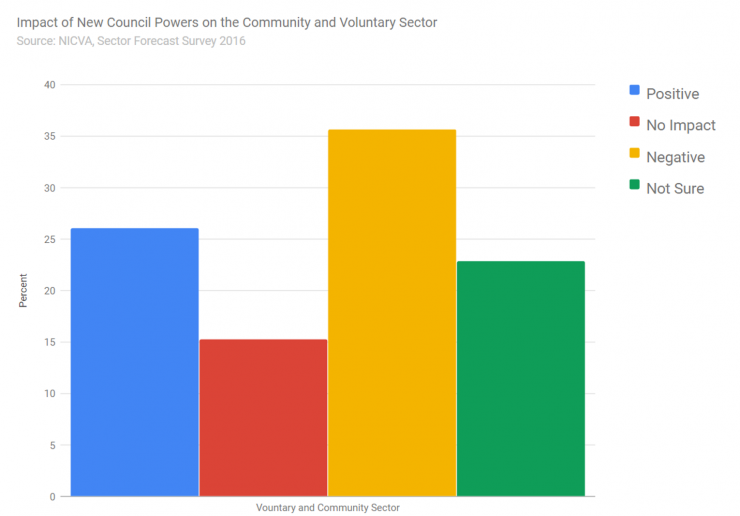 On 28th September NICVA’s Research Team will be presenting findings from State of the Sector at a research launch event. Paul Givan MLA, Minister for the Department for Communities, will be commenting on the research and will be outlining his priorities for the voluntary, community and social enterprise Sector at the event. You can register to attend here.

Research
State of the Sector