State of the Sector Profiles the VCSE Workforce

NICVA has published the latest State of the Sector research in a brand new online resource which you can explore here. This new online format enables users to easily navigate across the different research sections and download the data behind the research. It will also enable the Research Team at NICVA to update State of the Sector on a rolling basis, which means the information available to users will be more up-to-date than in previous formats.

Data used within the Workforce section is primarily taken from NICVA’s 2014 Workforce Survey as well as information held on the NICVA central administrative database. You can read more on the methodology behind this section here.

The State of the Sector research estimates that there are 44,703 staff employed in the VCSE sector. This figure represents 5.3% of the total Northern Ireland workforce. Findings from NICVA’s Workforce Survey suggest that the gender composition is strongly skewed towards females, with an estimated 75% of staff employed in the sector female. 60% of employees held full-time roles, which is just lower than the Northern Ireland average which stands at 64%. 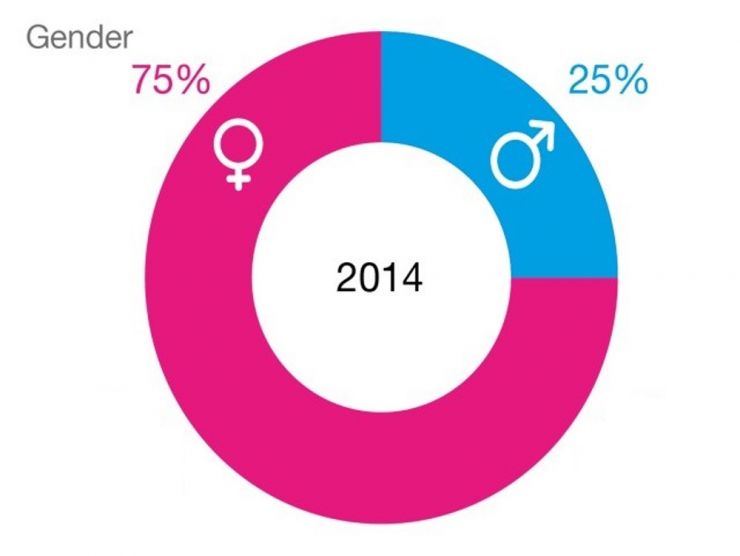 Analysis of gender composition within job roles reveals that females are under-represented at Chief Executive level, with just 44% of Chief Executives reported as female. This marks a decrease of 9.4 percentage points from the 2012 Workforce Survey. However, the findings reveal that females are more proportionately represented at the Director (74%) and Senior Function Head roles (73%). Women continue to be over represented in many of the lower level roles including Clerical supervisor (79%), Administration officer/ Care officer (85%) and Personal Assistant/ Secretary (90%). 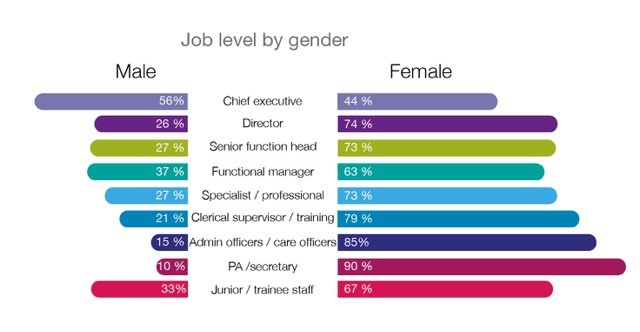 The most popular method used to recruit new staff was local newspapers, with over half (59.3%) of organisations selecting this option. Organisations’ websites (52.2%), Job Centres (48.4%) and the Community NI website (41.6%) also ranked highly in regards to the most popular recruitment methods. Organisations reported that the top three most common recruitment difficulties were Lack of suitably skilled applicants (51%), Insufficient number of applicants (51%) and Lack of suitably qualified applicants (48.9%). 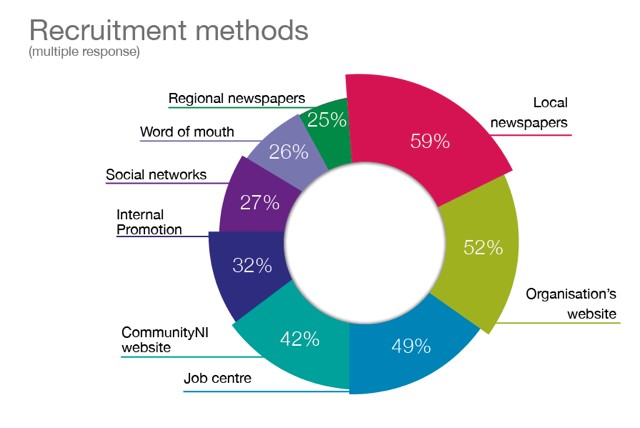 Findings from the 2014 Workforce Survey suggest that the median gross annual salary for all employees was £19,012 which is £3,057 less than the UK average across all sectors (£22,069) and £473 less than the Northern Ireland average for all sectors (19,485). Similarly the median gross annual salary for full-time employees in the VCSE sector (£23,188) was lower when compared to the workforce across all sectors in the rest of the UK (£27,215) and Northern Ireland (£24,491). These findings are in line with previous workforce surveys.

You can explore all the findings from the Workforce section here.

Research
State of the Sector
HR