Boris Johnson characterised Covid-19 as a mugger. Others have used metaphors of being at war to explain the struggle with the virus.  In the Causeway Coast and Glens area people have opened up another front to take it on: kindness.

Here  community groups, sports clubs, charities and churches have focused on helping those in need, enabling the most vulnerable members of our society to cocoon safely without worrying about food, medication, fuel, transportation and social contact.

The safety net formed by the voluntary and community sector is comprehensive and supplements and complements the work of the Northern Ireland Executive.  Local councils documented these responses and in some cases helped to coordinate them.   NICVA was asked by the Department for Communities to collate a Northern Ireland wide database of all the community and voluntary responses to the virus.

I contacted Causeway Coast and Glens Borough Council to see what is happening in the area.  The Council coordinated and collated offerings, producing an excellent database with over 90 organisations offering support, (https://www.causewaycoastandglens.gov.uk/live/community-services/covid-19-community-support).  I liaised with Causeway Coast and Glens Borough Council  staff  and then followed up by contacting groups across the Council area to see if they wanted their service to be added to Community NI (https://www.communityni.org/help/local/causeway-coast-glens-borough-council).

Many of the organisations I contacted were sports clubs including GAA, football, rugby and cricket.  Other organisations were well established and modified their offering to deal with Covid-19.  More still were local community groups formed to deal with the crisis.

There were a number of things that struck me about the groups.  One was the kindness and generosity of the people involved.  People selflessly gave up time and in some cases their own resources to help others.

The second thing that struck me was how well organised they were.  With offerings being very well documented on social media, they mobilised quickly and effectively, communicating with the local community making sure that anyone at risk in their area had access to food and their medication.

Another stand-out was that these initiatives were not  directed or demanded by others but naturally and organically sprung up in response to this crisis.

One example of such an initiative was that offered by Coleraine Rugby Football, Cricket and Hockey Club.  The club’s Covid-19 initiative saw members delivering food and prescriptions to elderly and vulnerable people.  They also provided fuel where needed.

In Ballerin, the local Gaelic Athletic Association club, Ballerin Sarsfields GAC  provided another example of support for the local community, coordinating the collection and delivery of food parcels.

In some places new community groups were formed to deal with the crisis such as Bushmills Coronavirus Support Group which is a group of 40 or so who came together to collect and distribute food in Bushmills.

Other groups, adapted their offering, for example,  Good Morning Ballycastle, provided telephone support and befriending instead of their usual face to face support.

All over the Causeway Coast and Glens, communities came together in the most inspiring way.  Coretta Scott King is credited with saying "The greatness of a community is most accurately measured by the compassionate actions of its members." .  This community has shown its greatness through kindness. 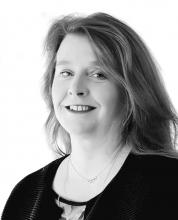