An Economic Analysis of the Living Wage in Northern Ireland

This report estimates the economic impact of introducing the Living Wage in Northern Ireland.

This report was commissioned by NICVA's Centre for Economic Empowerment and produced by Oxford Economics.

Using labour market data from April 2012 and the concurrent Living Wage rate of £7.20 per hour (the 2011-12 rate: for the current rate, see Living Wage Foundation), this study seeks to quantify the implications of the policy for the wider economy.​

The proportion of full-time workers in the voluntary and community sector (VCS) earning less than the Living Wage was slightly higher than that for full-time workers in Northern Ireland as a whole, at 16%. The proportion of low-paid employees supported by public procurement was estimated to be 35%, higher than the Northern Ireland average owing to the pay of sectors from which the public sector tends to procure goods and services.

What is the Living Wage?
The UK Living Wage is an hourly rate of pay that is designed to ensure working households a minimum acceptable standard of living. The rate is calculated annually by the Centre for Research in Social Policy at Loughborough University and monitored and promoted by the Living Wage Foundation. Two rates are calculated, for London and the UK, owing to the cost of living in London. The outside-London Living Wage rate is currently £7.65 per hour (the 2013 rate). This is due to be updated in November 2014 as the 2014 rate.

The economic impact of the Living Wage

Had a mandatory Living Wage been in effect in Northern Ireland in 2012, the 173,000 workers earning below the Living Wage would have received an additional £221 million in gross wages to bring them up to the new minimum of £7.20 per hour, assuming no other changes in the structure of the Northern Ireland economy. This increase equates to one per cent of Northern Ireland’s total wage bill. Of this £221 million, the Exchequer would have received £88 million (around 40%), through increased direct taxes and reduced benefit and tax credit payments. After accounting for such Exchequer effects and a small degree of savings among recipients, it is estimated that the policy would have boosted consumption in Northern Ireland by around £132 million (some 0.5%).

On the best-case assumption that firms adjust to the higher minimum wage by boosting productivity, such an increase in economic activity would not be off-set by the negative impact of alternative adjustment channels, such as firms passing on higher prices to consumers or absorbing the wage costs in lower profits.

This study does not explicitly model the source of the funds used to pay the additional £221 million in aggregate wage increases across the Northern Ireland economy. However, it considers the empirical evidence on five potential channels of adjustment by which firms might bear these higher wage costs, and considers the degree to which the true economic impact of the Living Wage might ultimately be lower than the best-case scenario presented here. Rough estimates are presented of the potential impacts of some of these (e.g. job losses, higher prices, or reduced profits).As part of that total impact estimate, if the Living Wage had been in force across all public procurement contracts in 2012, the aggregate gross wage among these employees would have increased by £16 million. After taxes and savings have been accounted for, it is estimated that this would have provided a £10 million consumption boost within the Northern Ireland economy. Taking account of the subsequent supply chain and wage consumption impacts, this spending would have supported a local gross value added contribution of over £6 million and employment for just over 180 people.

Ultimately, to the extent that the Living Wage would boost the productivity of affected firms, it could be expected to have a positive economic impact on the economy of Northern Ireland. However, the magnitude of such an effect is likely to be reasonably modest.

The table below summarises the economic impact under the best-case scenario and a more conservative alternative scenario, in which the wage increase results in some job losses, but still a net job gain overall.

Ian Mulheirn's presentation at the launch event is available to view on SlideShare.

This report is part of a series of research on the Northern Ireland economy. You can see the rest of our reports here. 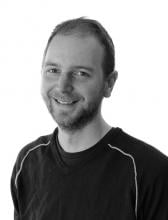