Virtually Normal – the future of fundraising

We explore why charities need to consider becoming digitised.

What does ‘cashless’ mean?

Cashless, quite simply refers to financial transactions that are executed by electronic means. Often, still involving the local currency, in our case Pound Sterling, it would be completed in the form of cards or accounts linked to bank or digital accounts such as PayPal, Google Wallet, Apple Pay, etc.

We are already moving toward a cashless financial system - just think about how many of your payments are made through direct debits, online bank transfers or with contactless debit/credit cards. While cash is still very much in use, an ever increasing number of people find cashless transactions convenient and consumer confidence in using digital methods has improved since the introduction of the ‘Barclaycard OnePulse’, the UK’s first contactless payment card in 2007.

So where traditional charity donations were often cash dropped in a bucket on a high street or buying pre-loved items in a shop, cashless giving, sometimes called digital donations, is when donors tap a QR code, text-to-donate, or click the PayPal button on a charity website.

Many charities had already gone contactless prior to the pandemic, but where contactless payments were a luxurious add on to traditional fundraising, digital methods became a necessity in 2020. The implementation of social distancing restrictions, wearing masks in public spaces, and avoiding physical contact forced many charities to undertake an accelerated digital transformation to continue to operate, meet the needs of their beneficiaries, and raise vital funds.

But even as social distancing restrictions are eased, these methods are set to be part of our future. Why? Well one reason is that there has been a shift in people’s spending habits.

During the COVID-19 pandemic and lockdowns, the UK Government increased the limit on contactless payments from £30 to £45. By and large, it was mostly welcomed as a key part in reducing physical contact, cutting queues, and speeding up the transaction time to reduce the possibility of COVID transmission.

From 15th October 2021, that limit is set to increase to £100 UK Finance announced to reflect the opening up of the economy and people’s increasing reliance on digital transactions. For example, in June 2021 there were 1.9 billion debit card transactions by UK cardholders in the UK and overseas, 46.6 per cent more than in June 2020 and 25.4 per cent more than June 2019 (UK Finance’s card spending data).

Moreover, LINK, the UK’s main cash machine network, reported in January of this year that automated teller machine (ATM) transactions fell by 37 per cent in 2020 compared to 2019 (around £660 less being withdrawn per person). Consequently, if this trend continues (UK Finance has also previously predicted notes and coins would account for just 9% of all payments by 2028), then the amount of cash in people’s pockets for collection buckets will be less.

So what is the picture here in Northern Ireland?

NICVA’s annual Individual Giving Survey, which surveys a fully representative sample of the 16+ adult population in Northern Ireland donating to charity, clearly shows that whilst there is a pattern of decreased charitable donations from 2019 to 2021, there is a clear move within donors to give to charity via ‘cashless’ means.

Other findings in 2020 revealed 51% preferred donating digitally with 48% believing this to be convenient while 23% in 2021 cited a lack of contactless “tap and pay” terminals were a barrier to donating digitally.

Charities should also note in the Individual Giving Survey 2021, participants cited several barriers to using digital donation methods such as concerns around the security of their card (41%), don’t use/carry a card (27%) and a lack of understanding of how digital donations worked (14%).

This suggests that charities not only have to invest in digital transformation and upskilling employees and volunteers but should also invest in engaging with ‘reluctant/wary’ supporters to capitalise on cashless giving or offer both digital and traditional fundraising options.

So, what’s next for charities?

While there are major downsides associated with a cashless financial system such as a lack of privacy (donor information can be gathered and digital payments can be tracked while cash is anonymous) and hackers becoming ‘digital muggers’ in a virtual world.

We are, as Charlotte Barnard, Customer Success Executive at Supported Giving states, “moving towards an increasingly cashless society in the UK; charities and not for profit organisations need to embrace cashless technology to avoid inevitable and significant reductions in donation revenue.”

“the 'positive' to the shift to a cashless society is that this is a known circumstance; it's one that will increasingly affect charities in the coming months and years and needs to be accounted for, but it's known. Charities have the option to act now by identifying a digital donation strategy or, quite simply, to sit back and miss out.”

The Charities Aid Foundation’s (CAF) latest report also notes an upward trend towards charitable donations becoming cashless with many charities adjusting their operating models and increasing their ability to ask for and receive donations online.

Therefore, over the next six months, NICVA Fundraising will explore cashless giving and digital fundraising through articles, resources, training, and events to support the sector as you consider or further develop your digital capacity and enable supporters to make frictionless, non-cash donations and keep pace with our virtual world. 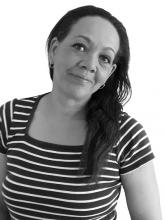